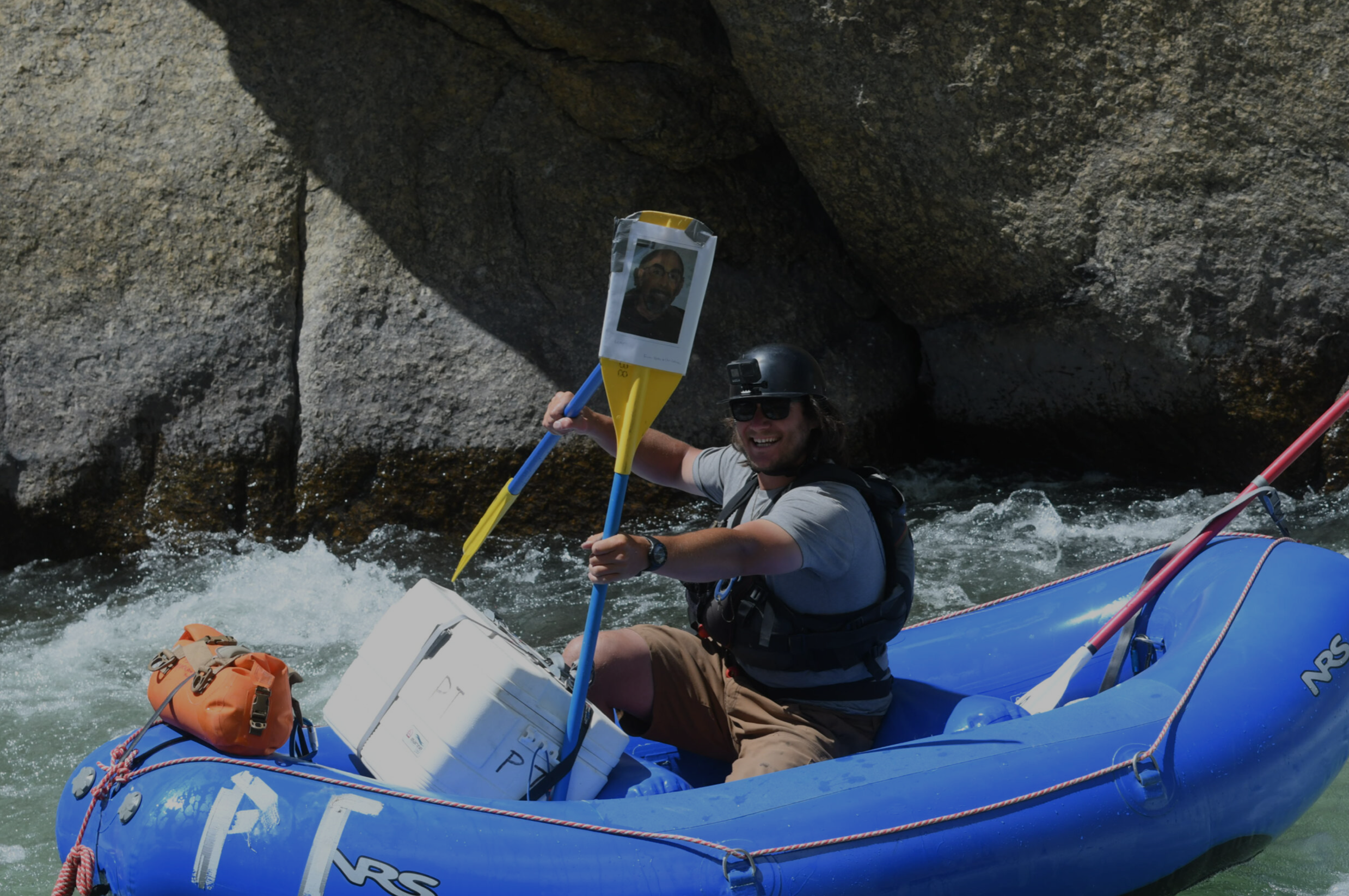 When the Foley family received an email from Christine Major about planning a virtual raft trip for her father-in-law, who was battling pancreatic cancer, their hearts broke. Prior to his diagnosis in December 2019, Dr. Leslie “Lester” Major was in the process of planning a whitewater rafting trip. Due to the COVID-19 pandemic and the cancer diagnosis, the New York state physician never finalized his plans.

In August 2021, when Dr. Major was told he only had a few months left, Christine and her husband Nate reached out to Performance Tours Rafting to coordinate a private virtual whitewater rafting tour.

Owners of Performance Tours Rafting Kevin and MaryJo Foley immediately connected with the request. Their family had recently gone through their own cancer journey when MaryJo was diagnosed with Lymphoma in the spring of 2019. Now in remission, MaryJo had returned to work at their family business and they were dedicated to making Dr. Major’s virtual river tour happen.

On the day of Dr. Major’s rafting trip, veteran river guide PJ Markow strapped a GoPro to his helmet and prepared for a full day on the Arkansas River. PJ navigated through Browns Canyon National Monument, one of the most popular commercial rafting trips in North America, alongside a photo of Dr. Major taped to an extra paddle.

He chatted about local geological features, explained rafting terms and described each rapid upon approach. When paddlers from another group asked about the man whose photo was on the paddle, PJ introduced them to Dr. Major.

“That’s Lester. He’s the man,” said PJ, “He wanted to come rafting but he has pancreatic cancer and couldn’t come, so we’re giving him a virtual tour.”

After a courageous battle with cancer, Dr. Leslie Major passed away on September 5, 2021—just a few weeks after the virtual tour. On the evening before he died, Dr. Major was able to watch the video in his hospital room, with his family by his side.

“This brings me so much peace,” said Christine, “After being in the navy and a physician for 45 years, Lester spent his life helping others and never truly being able to relax. In his final hours he watched that video and truly was just calm. His mind and his body were free.”

A photograph of PJ with Dr. Major’s paddle was displayed at his services. More than 100 people saw the photo and wondered what a raft guide in Colorado was doing with his face on a paddle. His family explained that they coordinated a virtual raft trip. Though he was thousands of miles away, Dr. Leslie Major was finally able to relax and find comfort on the Arkansas River.